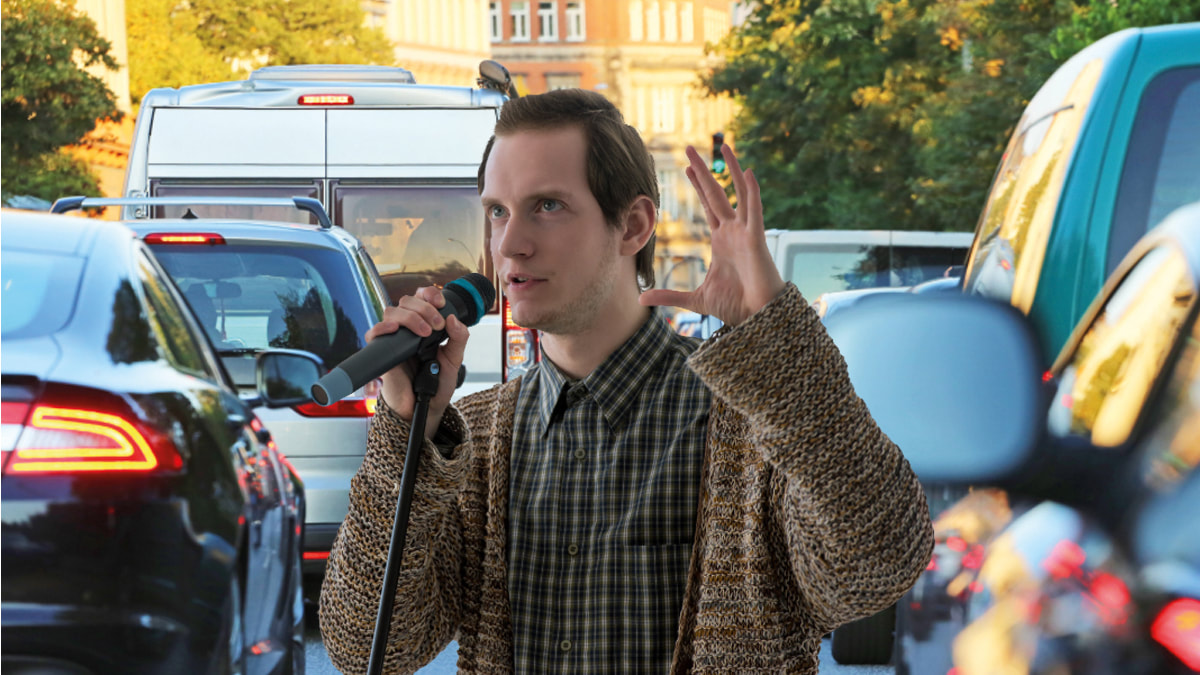 HAMPSHIRE - Confusion reigned yesterday after a stand-up comedian mistook a 17 mile tailback on the M3 for a drive-in audience.

Charlie "Chuckles" Chuckleson (55), Barton Stacy's 4th most popular improv funster and MC of 'The Laughing Cavalier', (Hampshire's only Dutch Golden Age comedy venue) leapt out of his Red 2007 PT Cruiser to give a blazing 20-minute performance to bemused motorists near junction 8 yesterday.

"I started to wonder why I wasn't getting any laughs after my 'Goblet and Schooner' routine", a clearly embarrassed Mr Chuckleson explained, "and my five-minute piece on my wife's obsession with Brussels pâté, which normally goes down a storm, was met with complete indifference."

Mr Chuckleson was just about to finish his set with his observations on the many uses of celery on The Titanic,  when the Highways Agency turned up to break the bad news, that his 'audience' was merely an unfortunate consequence of a diesel spillage, just after the Basingstoke turn off.

"We've seen a number of these incidents recently, where entertainers desperate for an audience, in this lockdown times, mistake stationary traffic for an impromptu audience", explained Highway Agent, Roger Glover (55), "Only last week several of my colleagues had to break the bad news to a 'Bjorn Again Again' tribute act, that their audience was, in fact, the Oxford Park and Ride, whilst in Gateshead, we had a nasty outbreak of an Amdram performance of 'Les Misérables' in a multi-story car park in Gateshead; that was stopped just in the nick of time, before they launched into 'One More Day' "

Rumours that the Nissan Motor Plant in Sunderland was besieged last week by twelve confused bingo-callers, have yet to be substantiated.