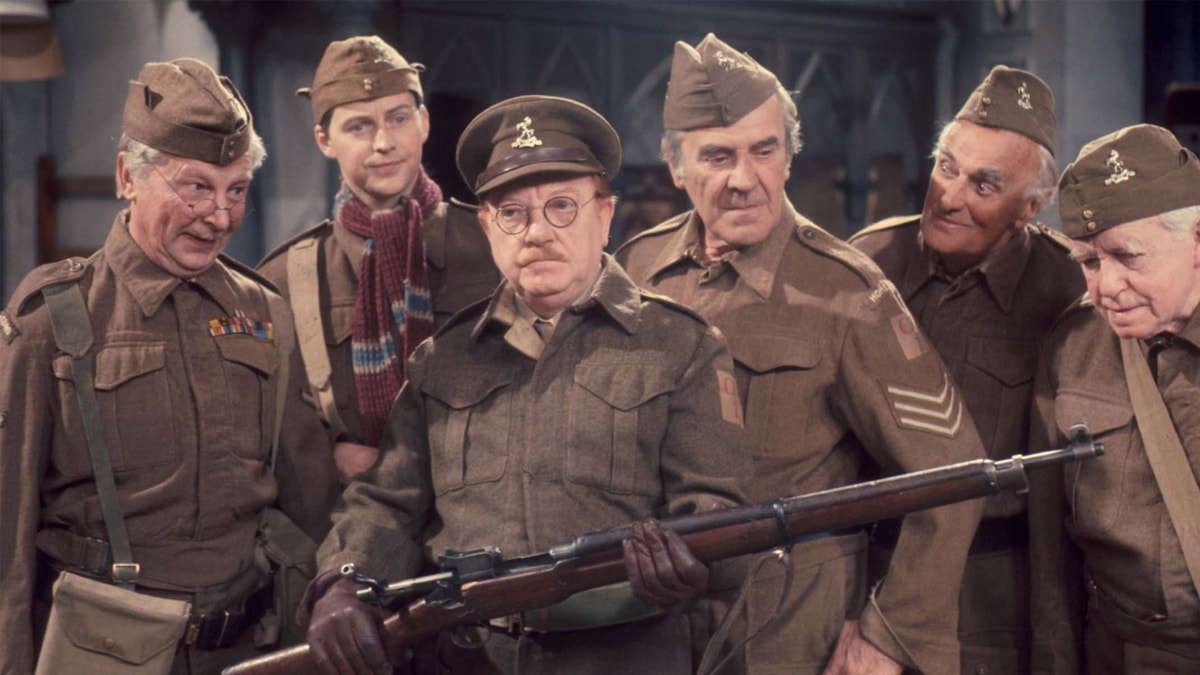 London - Following the decision of the BBC and other streaming platforms to remove 'Little Britain' from their services, the BBC has gone one step further and today will be removing erstwhile and perennial favourite 'Dad's Army' from BBC iPlayer and it's schedules,  primarily because of the ageist portrayal of Corporal Jones, by Clive Dunn (100).


"Times have changed", stated David Davidson (55), head of  the department responsible for the futile attempt to keep the license fee, "In those unenlightened times, it was perfectly respectable for 48 year old actor to play an aging geriatric butcher, who regaled tales of army life in the late 19th Century and methods of bayonetting. We apologise to all retailers of meat in their eighties. It won't happen again"


The 52 year old series has also come under recent criticism when it came to light that the characters of Captain Mainwaring and Sergeant Wilson  were played by actors who had no experience in the banking profession (Arthur Lowe and John Le Mesurier) and that their most famous episode 'The Deadly Attachment', included the character of a German U-Boat Captain by a Welshman (Philip Madoc).


"We did consider remastering the episodes to include warning captions whenever a problematic scene appeared", Mr Davidson explained, "however when you consider that the actors who played Private Frasier and Chief ARP Warden Hodges had no experience in either Undertaking or Greengrocery, I think you begin to see the problem."


It seems this could only be the tip of the iceberg for the BBC however, as other series come under the magnifying glass.


"Don't even begin to mention the apostrophe lovers favourite ' 'Allo 'Allo ', particularly in the middle of a quote", said an exasperated Mr Davidson, "Englishmen playing Frenchmen, Germans, Italians and an Englishman pretending to be a Frenchman speaking French in an English accent, translated back into English. Thank goodness we've finally come to our senses and can just settle down to watch repeats of Mrs Brown's Boys instead……………hang on"