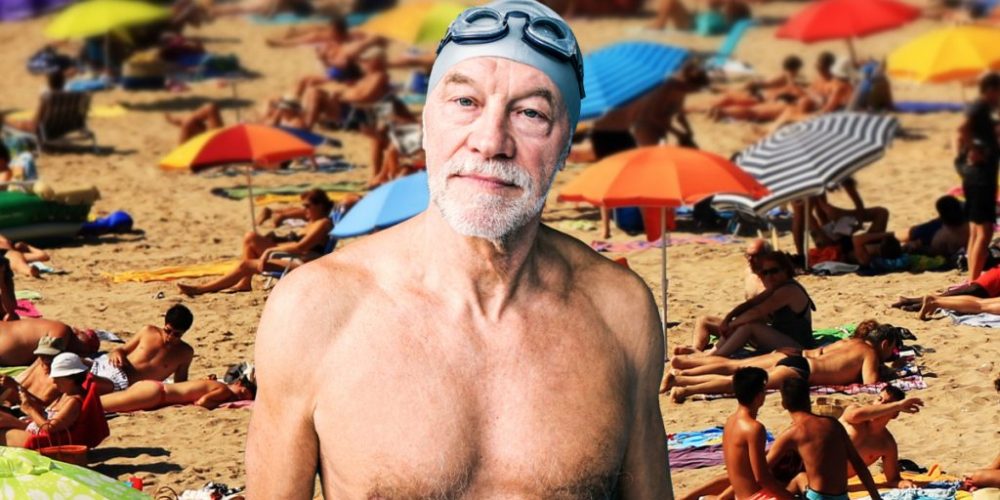 BOGNOR REGIS - With a mini-heatwave hitting the South of England, thousands have caused controversy by breaking lockdown rules and heading for the beaches, including Barton Stacey's resident dim-wit Colin Collinson (55), who hasn't visited a seaside resort in Britain for over thirty years.


Mr Collinson and his wife Collina (55) set off, on their 60 mile journey to Bognor Regis, from their Hampshire home, at 5am in order to secure a spot on the West Sussex beach near local favourite "Rock Salmon I Used To Know", West Sussex's only Goyte themed Fish and Chip shop


"It's my right as a British subject", declared the sunbathing furloughed bacon sandwich eater, "If I can't visit one of the British Riviera's low spots, for the first time this century, whilst the country is fighting a deadly pandemic that's killed tens of thousands of people, resulting in hundreds of thousands of relatives and friends experiencing soul destroying grief, when can I? It's what I don't pay my taxes for!", the self-employed drinker emphatically stated.


The journey took Mr & Mrs Collinson a full five hours on the hottest day of the year made even more memorable by the Air Con packing up on their 2007 PT Cruiser before they reached the M27.


"Bit disappointing that", Mr Collinson lamented, "but at least I've got another six months on my MOT, thanks to this virus".


Whilst at the beach the Collinson's recounted how much they enjoyed the day, getting sunstroke whilst enjoying two wine boxes, a slab of cider and two meat feast pizzas they had delivered by a popular online take away ordering service.


"We were going to take the rubbish home, but a few of us decided to build a glorious, celebratory, effigy of Dominic Cummings, out of the detritus and dance naked around it in celebration", the Hampshire simpleton confessed, "We danced for hours in a trance until the tide came in and washed it out the thirty foot structure to sea, so no harm done there".


Mr and Mrs Collinson also plan to celebrate further lockdown easing measures, by visiting Mrs Collinson's mother for the first time in ten years and popping up on the doorstep of a couple they met in Spain in 1998.
Back To Daily Dafty Portfolio